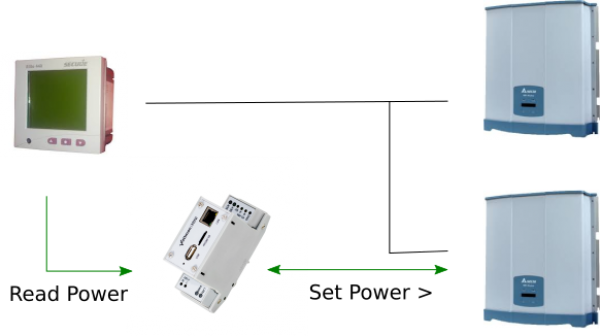 Power control signifies dynamically changing an Inverter's output power based on an algorithm. Wattmon supports dynamic power control using an add-on software package and can be used in conjunction with a power meter for various purposes:

Zero Feed - The Why

In India many states experience frequent and crippling power cuts. Solar rooftop systems are springing up everywhere, from small residential houses to large factories in attempt to save costs and in so doing reduce carbon emissions. Many states have not modified their policies yet to allow feed in, which in turn means that all solar generation needs to be used within the premises. This is fine when the installed capacity is much less than the average load, but when a larger solar plant is installed problems can and will occur when loads are less in peak solar hours and during weekends.

Zero Feed - The How

A power meter is installed at the incomer of the building, and is used as a reference to determine the active power load on the building. This meter needs to be able to communicate with Modbus RTU. The Wattmon device is connected to both the power meter and the inverters. It will regularly poll the power meter to determine the active power. As it reaches a threshold value that can be set by the user, it will ramp down the output power on the inverters using power control commands on Modbus RTU. This will effectively limit the amount of generation dynamically so that exporting of power does not happen.

DG Protection - The Why

Diesel generators bridge the gap during power cuts and in some locations they are used 24/7. When coupled with solar grid tie inverters, a saving of fuel can be achieved. However, it is important to balance the amount of solar power generated so as not to trip the genset, which effectively means you need to maintain a certain minimum load on the generator at all times.

DG Protection - The How

A power meter is installed on the output of the genset, and connected to the Wattmon in the same way as with zero feed. The Wattmon monitors the energy generated and if it drops below a set point, it will reduce the power of the inverters so as to ensure that the generator does not trip.

Both these systems can be installed at the same site by using two power meters and some software customization which will allow the set points to vary based on whether grid energy is available or whether the system is running on the generator.

The screenshot below shows the configuration page for two power meters and two inverters. Individual energy meters can be used with different set points which allows for multiple diesel generators or a combination of generator and zero feed in. 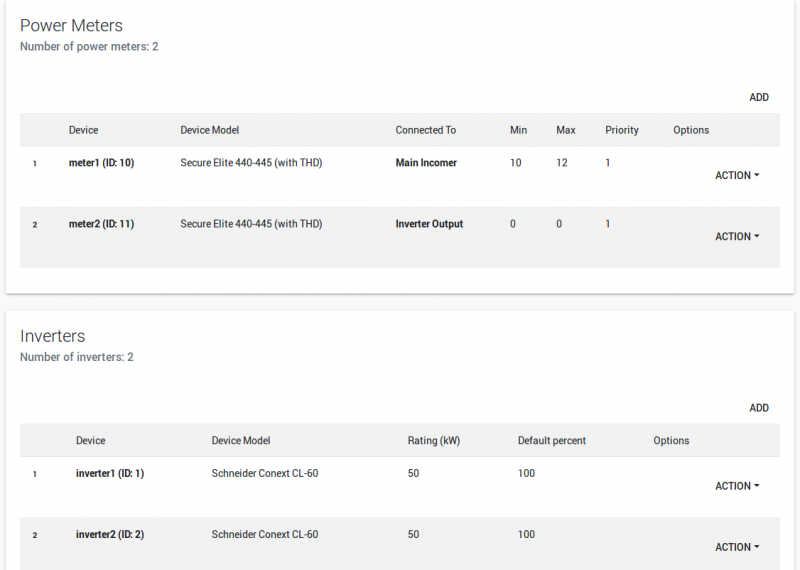 For more details on our system, please contact us.